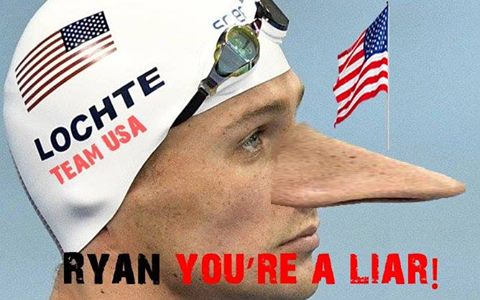 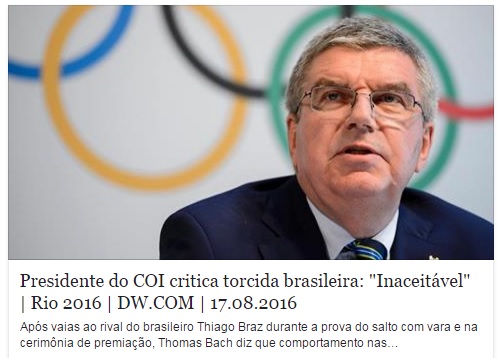 After the boos Thiago Braz Brazilian rival during the race the pole vault and the awards ceremony, Thomas Bach says that behavior in the stands was shocking and not in line with the Olympic spirit.

Frenchman Renaud Lavillenie was moved to tears on the podium, after being booed by the Brazilian fans

The president of the International Olympic Committee (IOC) Thomas Bach criticized on Tuesday (16/08) the boos from the Brazilian crowd to the French Renaud Lavillenie, who lost the gold medal in the pole vault for the Brazilian Thiago Braz.

French was booed during the competition and also the next day, the ceremony of the medals, while Thiago was feted as an Olympic hero in Brazil. Lavillenie came to cry during the ceremony. "I do not wish that on anyone," he said.

After losing the race's pole vault to Thiago on Monday, Lavillenie criticized the boos received by fans and compared his situation to the American athlete Jesse Owens at the 1936 Olympics in Berlin during the Nazi regime. He later apologized for the statement.

Bach said he was appalled by the boos during the awards ceremony. "Shocking behavior of the audience booing Renaud Lavillenie on the podium. Unacceptable for the Olympics, "he said on Twitter.

As the crowd booed, Thiago tried to call for calm and the fans applauded the delivery of the silver medal Lavillenie. "I talked to him a little after the podium. I asked people to applaud because, like it or not, it is a mirror for me. If he had not done 5.89 meters I would not have passed to 6.03 meters, "said the Brazilian.

Upon receiving the silver medal, the French could not hold back the tears "I held until the time that he could not," he said. Shortly after, he was comforted by the Brazilian and the jumping legend with stick, Sergei Bubka, who is now an IOC member.

The behavior of the Brazilian fans is the subject of debate since the beginning of the Games, it was approached pelosprincipais foreign media and has divided competitors. While some athletes praised the atmosphere in arenas and stadiums, other, sports that depend more on the concentration proved bothered. 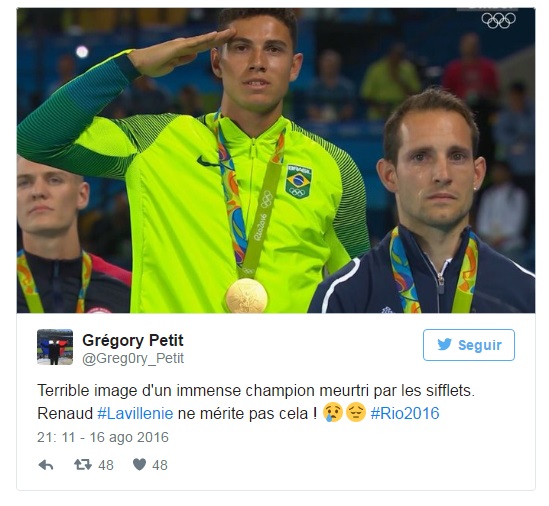 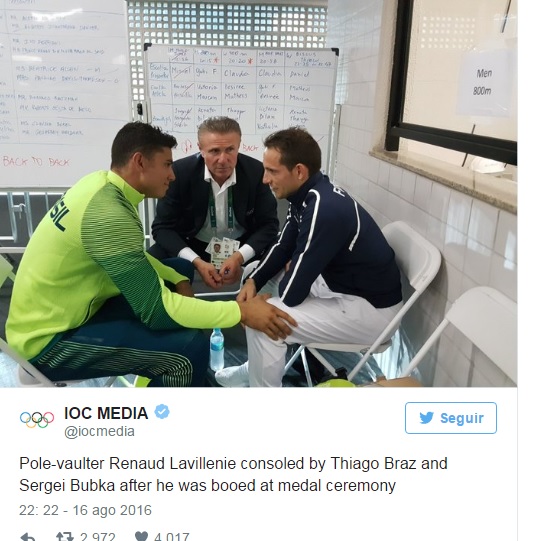 French vaulter compares boos with Nazi Games 1936, apologizes then but reiterates criticism of the public
The German press highlights on Tuesday (16/08), the 11th Olympic Games, the public just who witnessed the unprecedented gold Thiago Braz in the proof of pole vault; complaints from French rival Renaud Lavillenie; and outlines a ranking of fictional countries, which goes beyond the medals.

Süddeutsche Zeitung: A Brazilian flies to gold - and no one is present

"The bouncer Thiago Braz held the race of his life and surpassed the mark of 6.03 meters. However, he gave the victory lap in an almost empty stadium. Yesterday, 56,437 people came to see the Usain Bolt show. By Thiago Braz came only ten thousand spectators.

But when Thiago Braz broke the Olympic record, the audience screamed as if someone had been shot from a cannon through the entire stadium, as if someone had tamed wild animals and presented somersaults quintuplets a trapeze. The crowd shouted the name of Thiago - and is in the imagination as would have been if the stadium was packed with 56,437 people.

Athletics has more show to offer besides the 100 meters male shallow. Athletics has energy and vibrancy - and at the right time, a Brazilian jumping more than six meters. "

"The French vaulter Renaud Lavillenie compared the boos of the Brazilian fans with past experience by Jesse Owens in Berlin Nazi Games. Shortly after, he apologized for the statement.

'In 1936, the crowd was against Jesse Owens' Lavillenie said. 'Since then, we had never seen anything like this.' In Berlin Games, the US black sprinter won four gold medals, something that was contrary to the world view of Nazi Germany. "That was a big mistake on my part. They were my first words after the race. Clearly that can not be compared, "said the French later.

However, he did not back down in his wrath on public behavior. 'I understand that they were favorable to Thiago, but do not understand the total lack of respect for opponents' Lavillenie told French sports daily L'Equipe. It would be better if 'they had stayed at home in front of televisions and left coming to the stadium people who like to watch sports. "

Olympic champion Thiago Braz one hand appreciated the enthusiasm of the Brazilian public, but also saw exaggerations. 'The crowd supported me a little too much, "he said. 'I had to concentrate on technique and forget'. "

Die Welt: "I have done nothing to Brazilians"

"The French vaulter Renaud Lavillenie felt insulted and complained of disrespect: 'It's terrible to have to experience something like the Olympics. I did nothing to the Brazilians'.

After Lavillenie was still booed during the race, he caused the public before the final and decisive try pointing the thumb down. 'I wanted to show people that they were not in a football stadium. There is no place for it [booing] in athletics, "he said. "Thiago is strong. He had the whole stadium supporting. I'm a little disappointed that there has not been fair play on stage '. "

"In the official count of medals, only precious metals achievements are taken into account. That monotonous! Our version includes the ten first places of each mode. The results are fairer, but also amazing. Olympic champion receives ten points, followed by the tenth place, which also adds a point. "

In the daily count, the US follow absolute leaders, but followed by China - the medals table, the second place is currently the UK. Brazil, for example, would rise four positions, occupying the 11th place. Amazingly, for example, the performance of Ukraine, which would rise 22 incredible positions. Germany would drop from fifth to sixth place. 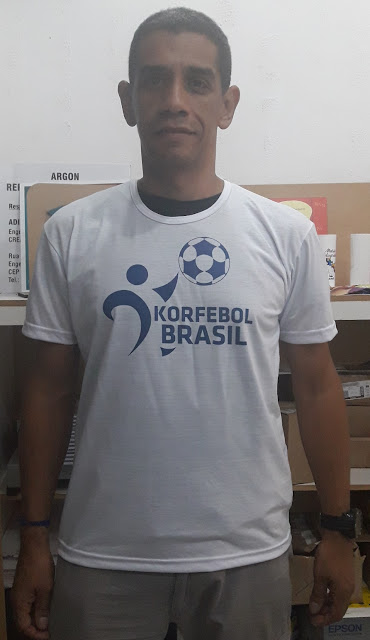